Addison May, 87, grew up in Darien, Oilfield Roughneck, international executive, loved to read and garden

Addison Cushman May of Warwick, New York and Stamford, died on June 5 in Stamford, surrounded by his family. He was 87 years old. 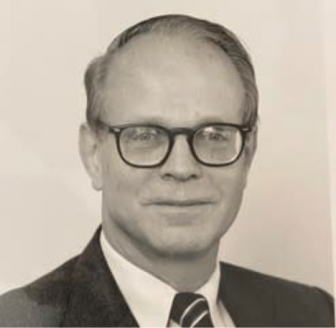 Born December 25, 1933 in New York City to Byron B. and Martha Fay May, he was a descendant of Robert Cushman, who, with a group from London, arranged funding for the Mayflower’s trip to Plymouth in 1620.

Growing up in Darien, Cush attended New Canaan Country School and graduated in 1952 from Middlesex School in Concord, Massachusetts.

Before entering Yale University in 1952 and for the following summers, he worked in the oil fields of Oklahoma and Texas. His thug stories on an oil rig or as a handyman working on the El Rancho pipeline have never failed to delight and amaze his family.

After graduating from Yale, he served as a first lieutenant in the Army ROTC program followed by the Citibank training program in the petroleum department. He left Citibank in 1959 to spend a few months in London to learn the trade of export credit insurance and, upon his return to New York, he and a colleague founded the Intercredit Agency, which became the largest producer of export credit insurance in the United States

While selling Intercredit’s services to various banks, he received 15 calls from Chase Manhattan Bank asking him to join the company and oversee their Canadian operations.

At the same time, it was introduced to Jean Beattie of Warwick, New York; they were married in September 1961. Eight years later, Chase asked her to travel to Tokyo as senior vice president and general manager of its branches in Japan, Taiwan, Korea, and Guam.

Les May’s, now mothers of two young daughters, moved to Tokyo in January 1969 for six and a half remarkable years. He adapted well to the business society of Japan and was a highly respected member of the Japanese and American banking community there. He negotiated two joint ventures with the Mitsubishi group (leasing and management consulting) and served on both boards of directors and others in Tokyo.

He was invited to serve as president of the American Chamber of Commerce in Japan, but ultimately withdrew his name due to other commitments.

Returning to the United States in 1975 to resume his residency in New Canaan, where the Mays had lived since 1963, he accepted an offer two years later to join Connecticut Bank & Trust in Stamford and became vice president.

It was a time of change in the banking world. When CBT was bought out by the Bank of New England, Cush was intrigued by an offer in 1990 to return to the Far East to work in the development bank at the Asian Development Bank as director of private sector services. Jean and Cush moved to Manila for another overseas adventure.

The position has allowed travel to many countries represented in the bank, including China, Mongolia, India, Pakistan, Bangladesh and Sri Lanka.

With the conclusion of a three-year contract in 1993, Cush was invited to join Peregrine Capital Ltd., which at the time was the largest investment bank in Asia outside of Japan. Moving to Hong Kong, the Mays spent two years in this exciting city still under British control.

They returned from the Far East in 1995, deciding they liked the city life, and they enjoyed an apartment in New York for two decades, with weekends in Warwick, in the house that the great- Jean’s father had built in 1890.

They both started gardening and getting involved in town affairs. Cush, in true business sense, had new business cards made that listed his new affiliation with May, Gardiner, and Reade, the latter two being activities he happily enjoyed.

Cush and Jean surveyed neighborhoods in the village in 2005 to promote the Community Preservation Act. They also joined the Warwick Conservancy, of which Cush served as chairman from 2002 to 2003.

They oversaw the acquisition of a historic property for the village, known as â€œsacred land,â€ helping to raise $ 175,000 as part of a city-wide campaign to buy it.

While pursuing genealogical research on the May and Beattie families, Jean and Cush discovered that they were both descended from two Leeds brothers from Leeds, England, who came to America around 1650. Cush’s ancestor is settled in New London, while Jean moved to Stamford.

Her great-great-grandmother, Lydia Leeds, was married to James Hoyt, who in 1808 built the house on the main street of Warwick now occupied by Key Bank.

After Cush suffered a heart attack in 2017, the Mays moved to Edgehill, a continuing care facility in Stamford, where he passed away peacefully on June 5, surrounded by his family.

Besides his wife of nearly 60 years, he is survived by his daughters: Julia (Marc) Boddewyn and Emily (Brett) Pierce; and grandchildren: Matthew and Emily Boddewyn and NevÃ© Skye Pierce.

A memorial service will be held at noon on Saturday June 26 at the Old School Baptist Meeting House, Warwick, New York, followed by a reception at the AW Buckbee Center of the Warwick Historical Society, 2 Colonial Ave.

– an obituary by Lazear-Smith and Vander Platt Memorial Home