Newspapers are teeming with stories of ‘Warring Tories’ and our timelines are filled with #ToryShambles hashtags as Tory dysfunction swirls with their open corruption in the sewers of British politics. But if there is something almost humiliating about being ruled by such people, there is also something emerging about our situation both here at home and abroad.

A number of contradictions arise about the apparent binary choices that seem to dominate our social and political lives.

Much of the Tories’ recent internal war was waged by Tories to the right of Boris Johnson (yes!) Arguing that he wasn’t Thatcherite enough. But that overlooks some of the complex dynamics at play between the Remain and Leave camps. As John Gray wrote in The New Statesman:

“The Thatcherite assault on Johnson is absurd for another reason. Curbing the free market has always been the logic of Brexit. In its economic aspects, Brexit was a revolt against globalization. Affirming the state against the global market is in Brexit’s DNA. The Thatcherites have swallowed a mythical image of the European Union as being hostile to the free market – the same image that confuses much of the left. In reality, the EU is now a neoliberal project. Safe from intrusive interventions by democratically accountable national governments, a single continent-wide labor and goods market is wired to prevent socialism and undermine social democracy.

Since much of progressive liberal Britain identifies voting for the rest as an attachment to a progressive European Union (which it is in many parts), Gray is absolutely correct that asserting the State versus global market was in the DNA of Brexit. But so do the language of global trade agreements and “Britannia Unleashed”.

Likewise, we can see that the Scottish National Party is electorally transcendent but constitutionally powerless – while the Conservatives hold constitutional control while being electorally marginalized. This impasse is both useful and damaging for both parties, but it is also totally unsustainable. The Scottish Government can only delay any (any) action for a period of time, and the need to overcome contradictions that hold us back, such as currency, cannot be ignored forever. At the same time, the position of the British government to exercise a sort of colonial iconography and indefinitely deny a democratic vote is a business with high stakes and diminishing returns.

In Ireland, the Sinn Fein vote goes up and up, from north to south. If Brexit collapses it will have automatic and disastrous consequences for the very fabric of the Union with both Scotland and Ireland immediate flashpoints for a country bubbling with discontent and suppressed rage. Add to that, and don’t be morbid or mean, but the queen doesn’t have long on this earth. Britain’s long and complex constitutional crisis continues with no one seeming to care or having a plan to resolve it.

This “local” crisis in the British constitution clashes with Europe’s own “crisis” over how it responds to refugees and asylum seekers fleeing war and persecution and seeking entry into Europe on various fronts . The British government, like many other European governments, has fanned the flames of hatred against these people – many countries fleeing the war that we ourselves have destabilized – and sought to turn the public against them and the military against them. . The crass, bossy rhetoric of the Home Secretary and others may play well with a section of the electorate rendered soulless and emotionally sterile by decades of tabloidization of the public domain, but that doesn’t make the problem go away.

If the “metacrisis” is capitalism, gnawing at finite resources and engaged in endless growth and exploitation, then within it we can see other unresolved and interrelated crises. The climate crisis that we have just seen being effectively ignored at the COP in Glasgow has a very direct impact on the refugee problem, as large swathes of the world are becoming unlivable due to heat, drought, poor harvests, extreme weather events, forest fires and the collapse of biodiversity. The short-term “Fortress Europe” or “take back our borders” response for Britain has no long-term solution. Understanding how interdependent we are is a life lesson no one seems to be receiving, but it is becoming increasingly clear and more and more desperate that we are acting on it.

The revelations about a new variant are terrifying, as is the occasional inability to act with urgency. New B.1.1.529 Covid variant is ‘most worrying we have seen’, says senior British medical adviser – but the answer – asking people to take PCR tests and putting a few African countries on the redlist seems pathetically insufficient. The logic of capital and globalization means the show must go on, not only to grease the cogs of international trade, but also to maintain the facade that you can and should go anywhere and do anything. at any time. Nothing to see here, just enjoy Black Friday.

I read yesterday that about 3% of Africa is vaccinated. 3%.

As Ian Lowry writes on Twitter: “As for the new variant, let’s call it for what it is Nations of the Global North, including the EU and Ireland voted against waiving patents to allow poorer nations to produce vaccines We’re literally killing the Global South while killing ourselves at a slower rate. “

The phrase “person safe until everyone is safe” is not played.

This contradiction in our confusion of short-term “security” for long-term survival is reflected everywhere. We have confused network for community and freedom for freedom and that will put an end to us. Understanding this and getting out of it while enduring the mental strain of the economic violence that surrounds us is almost impossible. It’s made more difficult by having to live (and in) what the late social theorist Zygmunt Bauman called “liquid modernity”.

Bauman defined the condition: “unlike our ancestors, we do not have a clear picture of a ‘destination’ we seem to be heading towards … identity intact, but forever ‘becoming’, avoiding completion, remaining undefined … Liquid modernity is the growing conviction that change is the only permanence, and uncertainty the only certainty. One hundred years ago “to be modern” meant to seek “the end state of perfection” – now it means endless improvements, with no “end state” in sight and without any desire. 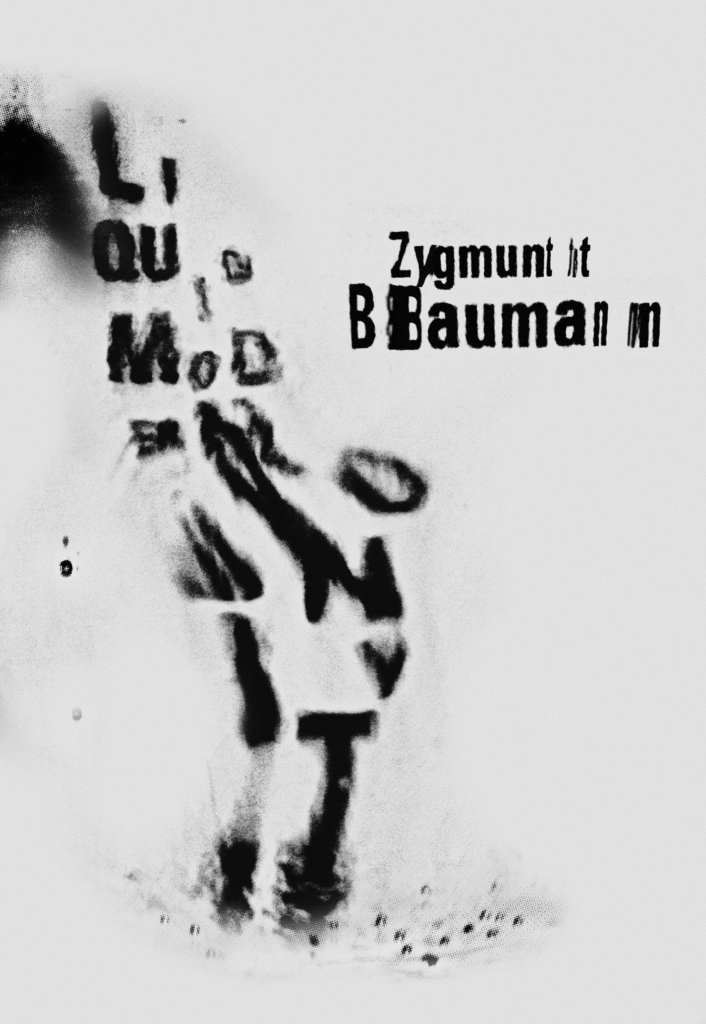 Author John Gray argues that living in this state explains why Boris Johnson still retains a remedy. He writes: “Modern populations may be in love with change, but they fear it when it seems to get out of hand. With all of their lifestyle experiences, they need the reassurance that their everyday world is secure. In political terms, this implies a protective state. In economic terms, this suggests a shift from neoliberalism to state capitalism.

Johnson’s conundrum becomes less confusing if you think of him this way. A liberal by temperament, he stumbled upon a paradox of freedom. The more their choices widen, the more human beings ask for a stable space to make them. When this is threatened, security overshadows freedom, because if order in society can no longer be based on freedom is of little value.

This analysis is attractive but not exhaustive. The contradictions of globalization, the multiple problems that it engenders all come to perch, they literally laps on our shores in a human tragedy. The state capitalist doesn’t care any more than the neoliberal and the crisis isn’t going away anytime soon. The lessons of the pandemic that “no one is safe until everyone is safe” is not just a nice liberal line, it is in fact the precondition for our survival. We can either act on this or live in the national equivalent of closed communities as we watch other people burn and drown around us. 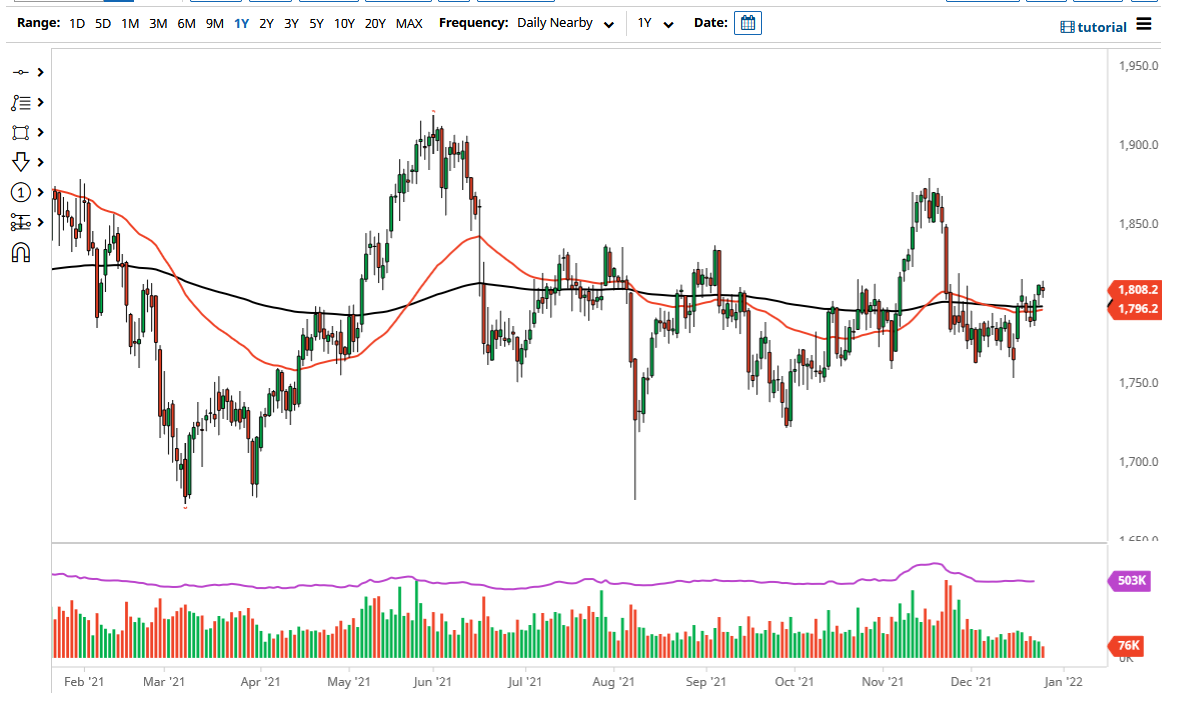 Threatening to finally get out

Gold isn’t exactly the most liquid market anyway, so it can be very dangerous to …